Show/Hide
City facility availability and services are adjusting in response to COVID-19. Read the latest.

First Responders Park, 374 W. Main St. is now open to the community. The park features a quieter space for reflection, a memorial wall for our fallen heroes and markers for all first responders along with the existing elements of the park. The water portion of the memorial wall has been winterized, but will return when the weather is consistently warm in the spring.

We remain grateful to be surrounded by such a giving and caring community. Thank you to all the businesses, organizations and community members that generously contributed to the construction of the park expansion. 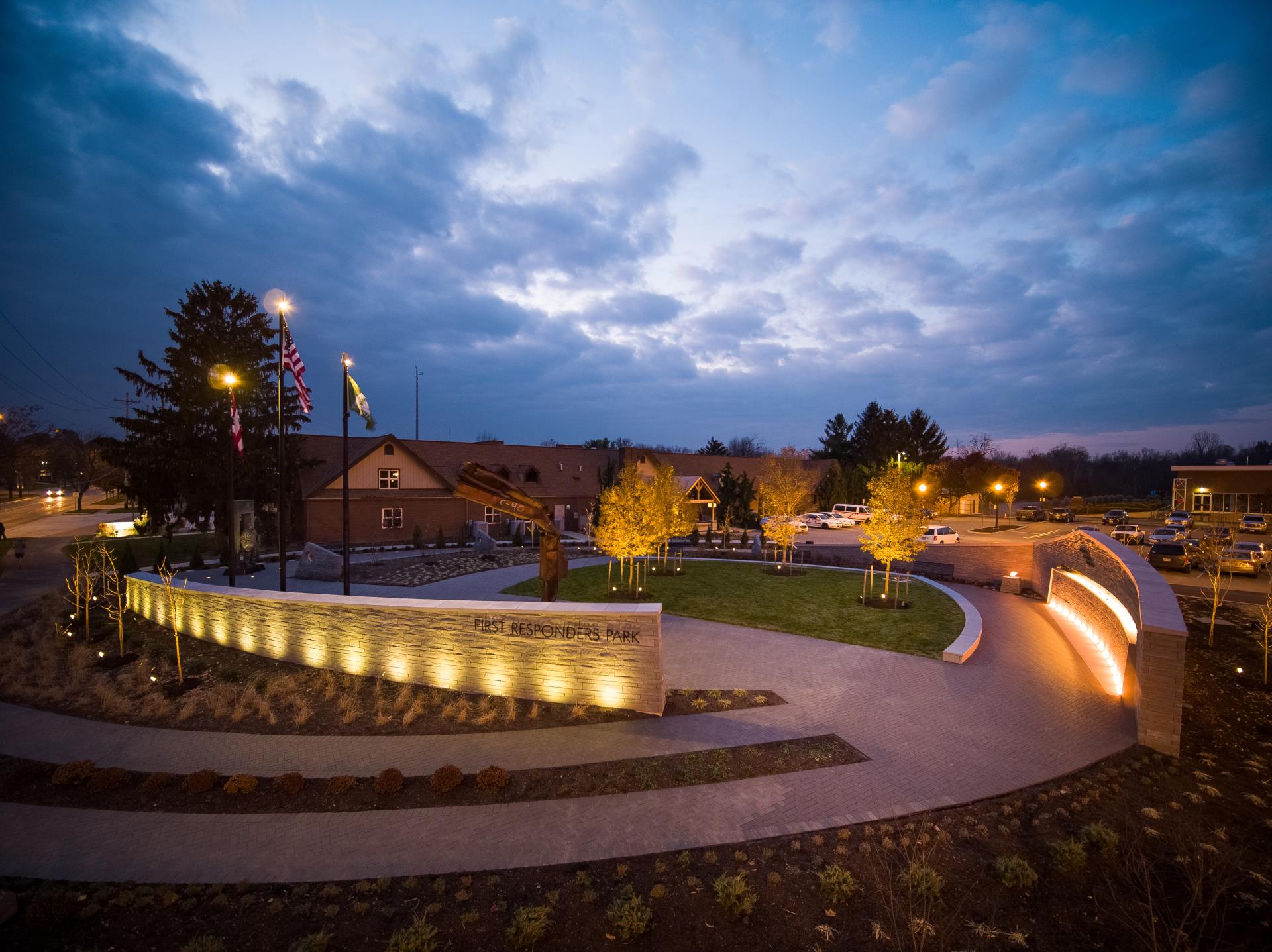 Westerville’s First Responders Park (FRP) was first dedicated in 2010 to honor the service and sacrifice of all first responders. The centerpiece to the park was a section of steel known as “C-40” from the north tower of the World Trade Center that fell during the terrorist attacks on Sept. 11, 2001. Later, on Oct. 9, 2011, the City dedicated a privately funded sculpture, “The Crossing,” which honors a fallen Westerville firefighter, David Theisen. In 1998, David was killed while battling a fire in Crooksville, Ohio.

On Feb. 10, 2018, Westerville Division of Police officers Anthony Morelli and Eric Joering were killed in the line of duty. As the community worked to cope with this tragic loss, plans to create a permanent police memorial were expedited.

Before the losses we suffered as a community, this project was considered for expansion. The City wanted to grow the space to be more functional and inclusive of all first responders.

The cost of the $1.2 million project was vastly offset by generous donations. This includes the $500,000 commitment from the state of Ohio, which jump-started the expansion. Additionally, $464,000 in cash donations were received from businesses and community members. The project also benefited greatly from approximately $173,000 in in-kind donations. Landscape architecture firms POD Design and McGill Smith Punshon provided design services free of charge to honor Morelli and Joering.

Designs from memorials around the globe were used to inspire the park in form and function. The updated park has a memorial wall for our fallen heroes, special markers for all first responders and more public space for reflection and events. All elements from the original park have been incorporated into the redesigned site. 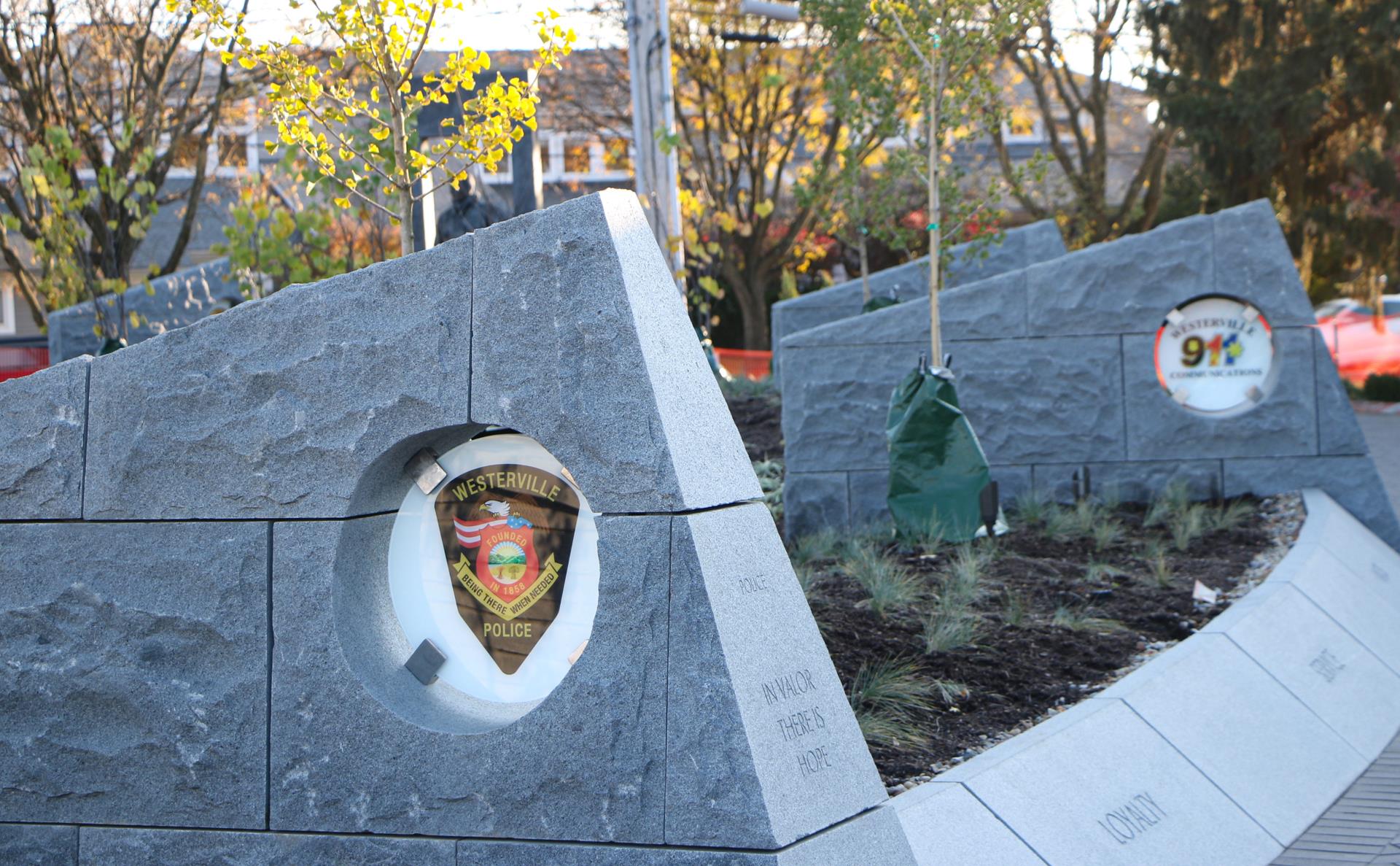